OPEN LETTER TO THE BRITS AND ANGLOPHILES OF CYPRUS ESPECIALLY THE CYPS WHO WETTED THEIR PANTS AFTER SEEING THE OPENING CEREMONY OF THE «PPARA» OLYMPICS OF LONDON.

FAY: Would you excuse me, inspector?

TRUSCOTT: You are at liberty to answer your own doorbell, miss, that’s how we tell whether or not we live in a free country.

If the history and civilization of the British isles is David Beckham, James Bond, Mr Bean and a silly old Queen with black people roaming all over the country, then I am an Irish leprechaun.

I am writing this letter because I am a great fan of Shakespeare, Pinter, Orton and I even like Noel Coward (in small doses). I am also a great fan of The Kinks, The Rolling Stones and the Animals of the early sixties with Eric Burdon. Needless to say I am also an admirer of your great comedians, beginning with Chaplin and going right through to Sellers, Peter Cook, Dudley More to Monty Pythons flying Circus. Not forgetting Norman Wisdom, the Carry on team, Hancock, Ronnie Barker, Ronnie Corbet and many many more. I must also admit that I like fish and chips and I never say no to a good home made steak and kidney pie. It must be said that the popular culture and anticapitalist traditions of your working class is also admirable. That’s about it though. If I was not such an “anglophile” I would have used a four letter word with an off in the end and that would have been my answer to all the Cypriots that were amazed by the grandeur of the opening ceremony of the London Olympics.

Your opening ceremony at the Olympic Games was not only an abominable disgrace to the history of the Olympic Games, but also a disgrace to your own people and their culture. I must firstly though remind you that there is no country called GREAT BRITAIN. That is a title that you and the apologists of colonialism gave to your imperialistic nation. Your country is called the UNITED KINGDOM and that (if Ireland, Scotland and Wales agreed)is how you should have competed. But toffy nosed Brits you wanted to remind everybody that the Empire is still going strong and can still murder, pillage hung and loot the people of the earth.

We in Cyprus know exactly who you are, you are the scum of the earth, you are the violent bullies of the poorer nations and the murdering herds of the people that are fighting for their freedom. I would not have bothered to write to you if a lot of stupid morons from my country were not so impressed with your gay opening ceremony. Neo-colonialism depends and thrives through these local apologists of imperialism. You know what I mean, you have probably seen the list of your Greek collaborators during the EOKA struggle… (By the way, when do you plan to release this interesting information?) When one compatriot of mine said that he was so impressed with the multicultural spectacle of the London Olympics, το γαίμαν μου εβούρησεν πας στην κκελλέν μου, που θα έλεγεν κι ο Πρόεδρός μας, and I wanted to pull his nails out with a plyer one at a time and then place boiling eggs under his armpits, but then I remembered that these were your methods of being polite, so instead I wrote this letter rather than kick him in the LYMPICS. That’s another new Greek word that you may put to your vocabulary. It derives from the word LYMPA which means “balls” and it is used to describe the balls of third world clowns that admire the London Olympics and the English way of doing things.

Dear Brits and Cyps, we were not impressed by the fact that you had colored people everywhere. We know very well how good you are in assimilating people after you murder them and after you drain them of their natural resources and national pride. Your multiculturalism is fake. You are breeding black ENGLISH pigs that are more ready than the original white pigs to exterminate the wogs of Iran or Syria or even the wogs of the old country if necessary. Your English “wogs” are like our own anglophiles, more English than Greek, more perverted than an Irish worker pretending he is an English lord. If your multiculturalism was not in the interest of your imperialistic grandeur, no black man would have accepted the role of a capitalist of the industrial revolution, as you depicted them in the ceremony. The blacks in that period, you damnest of colonials, were slaves, slaughtered when resisting, arrested and chained, then sold to the world markets and not merry go round capitalist pigs with bowler hats. With your ceremony you tried to give the impression that it is not you that ravaged and murdered the black peoples of the earth, that it is not you that murdered by the hundreds the Indian and Pakistani freedom fighters, it is not you that started the genocide of the Irish (sorry, I forgot. How much did queen Victoria sent for the victims of the Irish famine?), the aboriginals of Australia and Tasmania and the Indians, it is not you that terrorized the world. Instead of showing all these atrocities that made your empire “great”, you went from the industrial revolution straight to the swinging sixties turning the Olympic Games into a eurovision pageant or a talent reality show, something like BRITAIN YOU HAVE TALENT. Yes, you do have a talent in deceiving and in writing history exactly as it suits your immoral plans. Instead of showing your murderous past and then saying “SORRY, NEVER AGAIN”, you went on using all means to deceive people and carry on the joke of a multicultural Britain that knows how to have fun and bring happiness and health to all the people of the empire. Well, you should ask the people of your country of what they think of the National Health Service.

History is not to be left to historians, dear hypocrites. The people of the world will never forget as rightly many of your people do not forget what they suffered because of Nazism, even though you were not exactly angels (remember The needless bombings of German cities) during the Second World War. Do not think that we are so naive to believe you if you ever say “I AM SORRY”. In time you will say “I am sorry”, whether you like it or not. Exactly like the Jerries’ did so they can be free to engage in the Third World War, as they are doing now in Greece and other countries. You will apologize for your own interests. It’s a start. It’s up to us not to accept a mere SORRY and start demanding your punishment and the compensation for what you have done for all these centuries. We do not forget and we do not fear you. We made you the laughing stock of the world during the EOKA struggle and we will do it again if need to. We are neither afraid of the neo-Nazis of Merkel. Have another look at the papers of that time and read what Churchill and Montgomery said about the Greeks so you may remember who were your allies and who were your enemies.

Dear Brits and Cyps, you can still make amends. When the ending ceremony comes around do try and be more objective. Instead of messing around and humiliating old Shakespeare (second only to Homer, Euripides, Sophocles and Aeschylus), why don’t you tell your ximarismenous mates at the Whitehall to do a scene from Romeo and Juliet so the world can see that people from different “houses” can fall in love and give their lives rather than live apart? I suggest that Romeo should be white and Juliet black from Kenya and when she is ready to kill herself you should do the sacrilege and add a few extra lines such as: “Oh god let me live for I have sinned far the less than the murderous queen of England”.

Your final scene should be very theatrical as it suits your theatrical tradition. In the center of the stadium place two gallows, one for Evagoras Pallikarides and one for a Kenyan maou maou fighter. In between them a naked skinny man with just a blanket around him –he must look a little bit like Bobby Sands– and just behind him a dog eating a trapped aboriginal in Australia and a mad English man burning alive aboriginals in Tasmania. Next to Pallikarides have a soldier, not the type that fill your stadia, but the old type, smashing the bones of Indian and Pakistani freedom fighters. All around in a nice formation have lots and lots of niggers from Africa naked and chained together, singing about the pastures of England even though they do not know a word of English. Let there be lots of blood and cries, but suddenly let the lights and the music free and begin chanting paraphrasing the Lennon song: “all we are saying is sorry world, all we are saying is sorry again”. Be sure ,all the world will clap you and cheer. In the end and this only if you want to write history and keep up with the Olympic spirit, put the queen again in the helicopter and make her jump, without a parachute, and we promise you that we will pray to our Olympian gods and to our common God so she will land in the noose of the gallow of Pallikarides rather than smash to the ground and dirty the gren green grass of home. If she manages to say “I am sorry” before she dies I am sure the archbishop of Canterbury will anoint her a SAINT of all Christian creeds. If not, as Christofias, your lackey, would have said, “Bad small dog death has not”. If you know what I mean.

P.S.2. Long live the Irish struggle for the unification of Ireland and long live the struggles of the Scots and the Welsh for Independence. 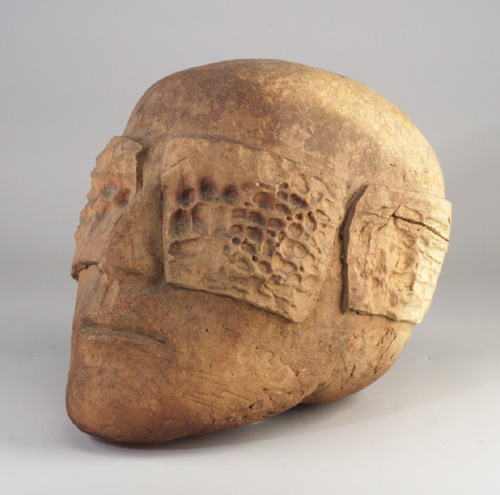